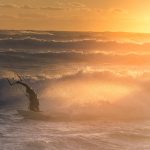 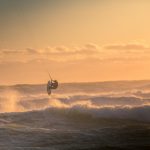 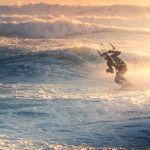 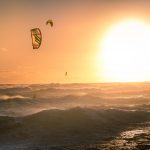 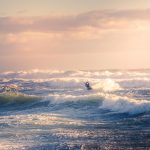 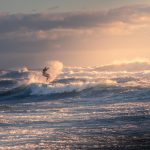 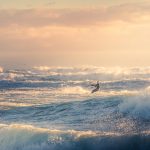 Its starting to get busy here and the last week hasn’t been all that windy.  Plus the cold has held on doggedly.

But three weeks ago I went on a tear, from Wednesday to Saturday that went like this:

Since then there have been a few butter days at Pocomo and yesterday we scored a suprisingly fun Friday evening session at Cisco.  Solid 9, SE with small but clean surf. Nice.

Solid 6.  I sailed the first half hour on my 8 and then switched down. The surf was waist to chest and somewhat choppy but building through my session.  I got some awesome turns.  It was gusty though as SE usually is

Solid, solid wind.  Started on 8.  No way.  Switched to 6 and it was pretty managable.  Decent surf. Slightly side off so pretty clean.

Solid 6.  Really good whitewater for Jetties on the outside.  Quality.

First session on the Axis 5’7″ I got in California. Good board. 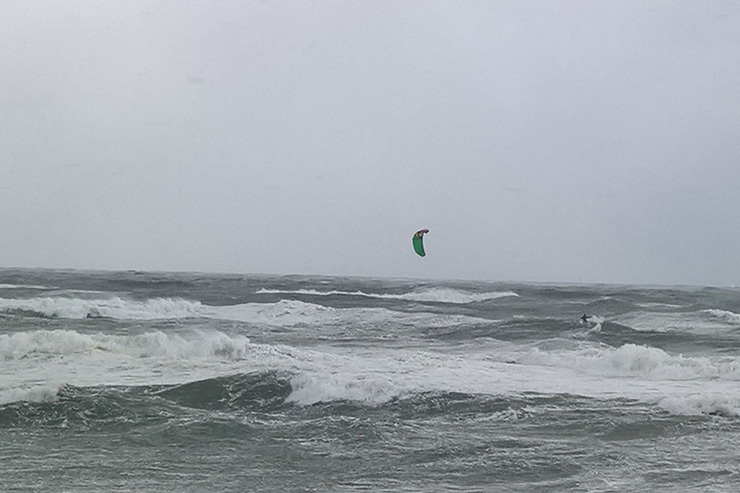 Its been an awesome run in the ocean this fall and winter.  Especially January.  January had to have been the best on record in regards to surf and wind.  I went through a bunch of boards. 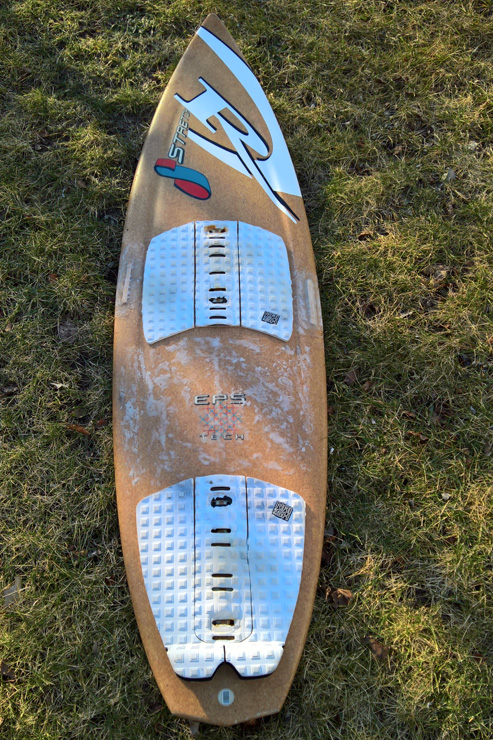 I started breaking this board after a couple of sessions and if look closely in this photo you can see how I repaired it by glassing on a Popsicle stick on either side for reinforcement.  They said it wouldn’t work but it was holding up fine for a few sessions and then two of the fin boxes got really broken and wiggly so I had to stop riding it.  Below is the close-up of the repair. Pretty ghetto.  But it worked.

This Naish Skater 5’6″ had been my main board going into the fall.  Its one of my favorite boards of all time. I had to repair it a few times but its still holding up.  I just sailed it the other day for a few runs.  This was the last year the skater was a regular surfboard shape before they changed it to a blunt nose style.  Its really nice on clean days. 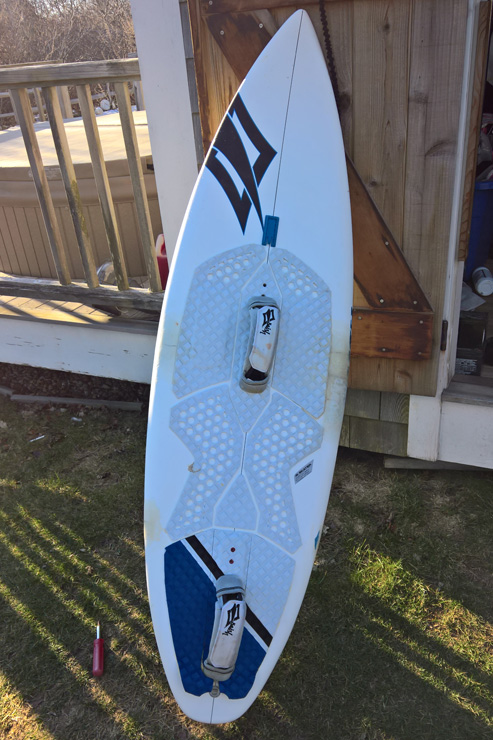 I got this Maurice Cole MTB 5’7″ in the fall.  Performance wise it is the nicest board I have ever owned.  This is a bad photo from when I was putting the pads on.  You can’t see it but this board has a major concave on the bottom.  As Brook said “It looks like a catamaran”.

Its so fast turning and just generally fast.  It sticks to the water.  Its really sick.  So high performance. I got some great waves on this board but unfortunately I broke a fin box out of it pretty early in the season. 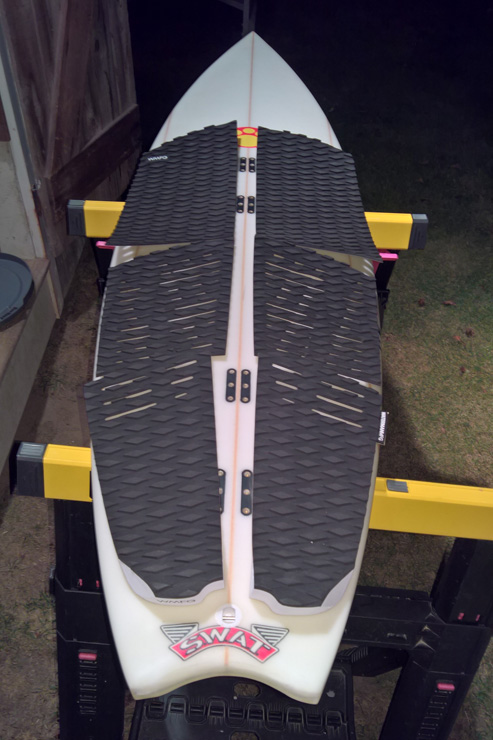 Its got triple stringers so it should be bomber.  I sailed this board on a sick downwinder I did in November with Jon, Jake and Xander and it was awesome on a solid 8 from Madaket to Cisco.  We just killed it.  When we got back to Madaket we did another session and I rigged down to 6.  It was really ripping.  A few runs in to that session I got worked and lost the board in the surf and when I got back to it it was missing one fin and the whole box was gone.  Who knows how that kind of stuff happens.  I probably hit something and didn’t realize it.  Still a killer day. 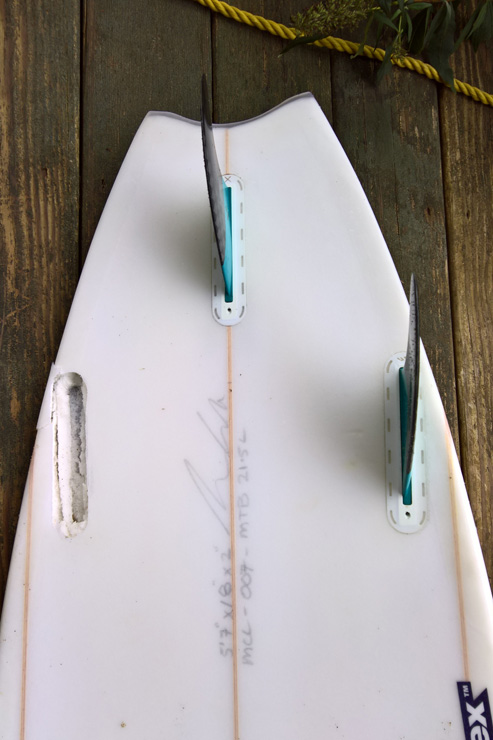 Throughout January I mostly rode my step-up because the surf was serious almost every day.  It is a Naish Global 5′ 2″ shown on the left below.  This is the second or third of this type of board I have had because it is so useful in big surf and also is my go to board at Jetties.  There was a month of North wind in the fall so we were at Jetties for a while there. 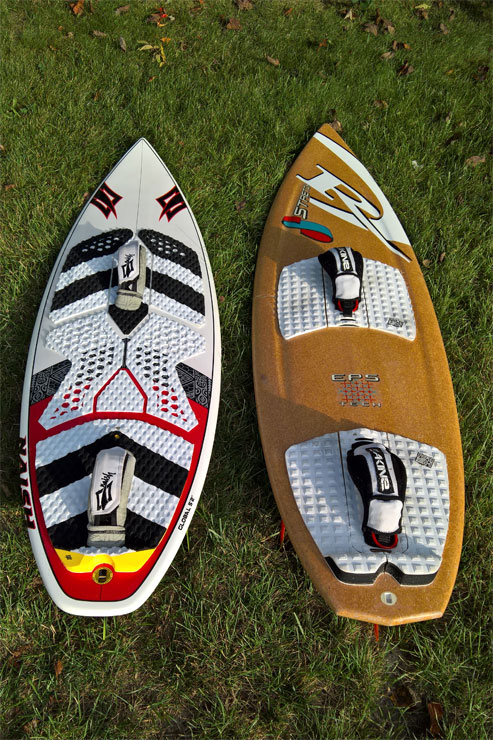 This board rips when it gets really burly.  Its really stable at high speeds and I can trust it.  We got into some really serious surf in January and it was my main board at that point.  Plus its pretty bomber and seems to be holding up to abuse well.

This Slingshot Celeritas 5’7″ was my backup board going into the season.  I broke a lot of boards this season so I had to use it a bunch but then eventually it broke completely in half.  I had already repaired it a few times so it didn’t owe me anything.  I always had good sessions on this board but it was never my favorite.  The shape is decent but I felt that it didn’t have enough flip in the nose.  I always felt like it was going to pearl when I was dropping down the face of a nice wave.  It never did thought, but it felt like it.  Still, I can’t complain.  It worked when I needed it until it finally couldn’t give any more.

At Christmas, in Florida I got a North Whip 5’6″ on closeout because I re-broke the Maurice Cole on my first day at Delray and my backup board in Florida is an old Naish Fish that I sailed a lot in California.  So I don’t know how many more sessions that board has in it. 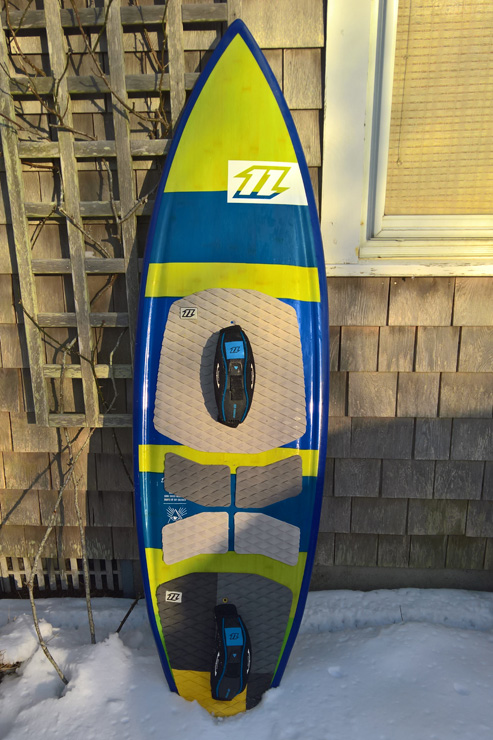 I didn’t get a chance to ride it in Florida but I’ve gotten a bunch of sessions on it back home in Nantucket.  Its pretty nice.  This is another example of my shape of board changing into a blunt nose board in the newest version.  Not that I ever really knew anything about the North Whip.  But I see that this year it doesn’t have a pointy nose anymore.

This version is pretty nice.  I like it.  The thing is that it will strangely lose an edge or the fins will lose grip and the tail will slide out at the strangest times.  Its kind of weird in that way.  It has never really let me down in a clutch situation yet (I’ve probably only got 6 sessions on it so far) but I don’t feel like I can trust it 100%.  Hopefully it will be a good backup board when I get the Maurice Cole back in action.  I don’t want to talk down about it because I like it.  It feels pretty bomber as well.  I like that groove around the rail. I think that adds to the strength.  That being said it does feel pretty stiff in the water and sometimes slaps down really hard on jumps.  So we will see how it goes.

I just got back from a trip to California where I picked up a new board I’m not familiar with.  Its an Axis Pure Wave 5’7″. I’m not really familiar with Axis.  I went in there looking for the RRD Baracuda.  But it has my shape and it was on close out so I’ll be trying it out soon. Hopefully it will rip.

Started off first thing with a solid 9 session at Tom Nevers.  The surf was holding up well from the day before, waist to chest high I would say with nice ones coming through pretty regularly.  Super fun but not life threatening.

Picked up in the afternoon with Jibo and Alex.  We missed the prime of the wind but the surf was still decent.  Kind of light but we made it on nines.