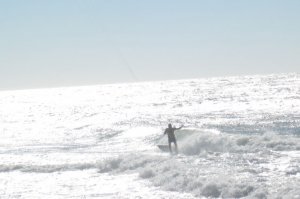 We have been having a super good October for ocean kiting and it looks like it may continue right through the end of the month with Sandy on her way up the coast.  That forecast has a few NE days but there is also some E and SE on the offshore so we may get in the Atlantic during this run.  The SwellInfo.com graph is literally “off the charts” so we will see how it goes. 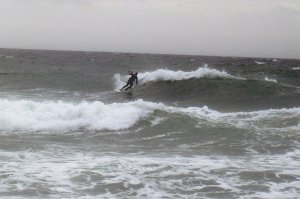 There is a new gallery called “October Ocean 2012” in the photo gallery and I used a couple of the best on the home page.  In the future we could avoid these low quality photos by someone else shooting and sending me the good stuff, instead of me snapping pictures with my waterproof point and shoot.

This entry was posted in News and Info, Sessions & Conditions. Bookmark the permalink.